We planned to meet at Rathdowney around 0845 on the Sunday morning, knowing that Rob & Athol had never seen the granite belt. We would take Mt Lindesay Highway (or is it Road? haha, there is a back-story to that) to Woodenbong then Legume, before stopping at the Maryland River Bridge for some beach riding. Soon, we’d turn on to the scenic Wylie Creek Road through Maryland and on to Thulimbah. Not another body in sight, only moo-cows, we started the slow climb from 500 to 950 metres above sea level. Arriving at Thulimbah, we did a loop of the Hinze Enduro Loop, then said our goodbyes.

Entering Passchendaele State Forest from the east, we did a few little loops before deciding that food and fuel were in order. Having already seen an abundance of wildlife, I was mindful of the risks at highway speed. That was when a tidings of magpies took off from the shoulder of the road. Having no air traffic control in this area, these magpies were completely unaware of my ground speed, which tripled their take-off speed. One of the individuals, mistakenly, chose the strategy of “outpace the threat.” There was no way to save it, and before I could let up the brakes, I could see an explosion of feathers in the mirror. I ventured back to make sure there was no more suffering and despite the unfortunate circumstance, felt a mild relief that it was all over for that miscalculating magpie.

We fueled and ate at Stanthorpe, while planning the next leg. Another journey into Passchendaele was all too tempting. Aiming for Swiper’s Gully, and not knowing if the rabbit fence would prevent access, I came upon some familiar track landmarks where I reassured myself that this was the way in.

That was when we decided to stop for a short meeting and Rob’s DRZ became a DRZZZZZZ. Refusing to rest on the kickstand, the DRZ chose to have a little snooze on its left side. Once again [last time], we broke out the orange toolkit for adjustments and repairs. Soon, we were on the trail to Swiper’s Gully at the south end of Passchendaele. Hooting through the rocky, thin trails, a wild pig scooted out of our way, and then we came upon an emu carcass. Black cockatoos called out as an eagle left its high perch in a tree. That was when I knew, dusk was coming. Turning the bikes east along Donnellys Castle Road, the abundance of bouncing wallabies, while serene, also served as a caution of what was ahead. Thulimbah, then Wylie Creek Road, I must have seen 40 wallabies by now. We stopped for a road-side meeting where we discussed the dangers ahead. As the sun went down, I saw a small kangaroo leap in front of Rob’s bike. Close call, I thought, but then a larger roo followed behind, looking to take on the idling DRZ at 70kph. It was one of those moments where there is no time to reach for the brake; just a shot of adrenaline as the big lumbering beast appears in the headlight beam and before there is any reaction, it is all over. It must have missed Rob’s DR-Z by less than a metre, from where I was, about 40 metres behind. We stopped again at the end of Wylie Creek Road for a meeting. By now, the sun was truly gone and Venus and Jupiter were shining bright in the northern sky. Athol asked, “where is Rathdowney from here?” Why, it’s just over the hill yonder, a tad beyond Legume, a smaller tad passed Woodenbong and then a tiny tad and we are there!

We had another couple of hours ahead of us and Athol was regretting having a dependence on the factory headlight. Never again, I swore, after doing the same journey with a Husqvarna factory headlight years ago. Corners are like the lottery; maybe there is an obstacle in two seconds time, but you won’t know it until it’s too late. The cold was setting in and I turned on the heated grips. We held a steady pace for the next hour or so, to Woodenbong for the next meeting. By now, shivering was the only remaining strategy against the wind chill. Not long to go now. Rathdowney wasn’t too far away, and only another 110km after that and I’d be home.

Winding through the twisty roads of Mount Lindesay Highway, using the advisory speed signs to estimate corner entrance speed, we came upon a plonker. This was the type of plonker who would enter a corner far too slow, speed up mid-corner, overshoot, then use the brakes to adjust. Yeah those plonkers, and not a straight-away for a long time.

Fifteen minutes of cornering like a see-saw with bipolar disorder, finally, the solid white line gave way and it was throttles wound on. Rob and Athol didn’t make it, but I got up to the posted speed limit and set in for the final leg to Rathdowney. Arriving there in short order, I parked up the KTM next to the parked car and waited. I could hear the two DRZs puttering along, approaching.

That was when … the unbelievable happened. My eyes were deceiving me. It just wasn’t happening. Was this real? Did I just see that? Did I miss a memo? Is there something I have simply misunderstood? These questions raced through my mind as the two DRZs could be heard in the distance, fading away. They’d both ridden to Rathdowney, along the main stretch of road, then kept going.

I could not figure out how this plan change could have worked out. By what method had these two come to the conclusion that passing through Rathdowney was going to work? It was now 2100 in the evening. That would mean the car must stay here, in Rathdowney. Just what was the plan?

Then it hit me. There was no plan. My friends, as adorable as they are, have completely missed the fact that they’d passed through Rathdowney. In their mind, Rathdowney was perpetually in front of them. It was time to act quick. Soon, they’d be out of phone range. I got through to Athol first, insisting that he’d ridden straight through Rathdowney. Then the phone cut out.

I rang Rob, “You’ve ridden through Rathdowney. Turn around and come back!” He didn’t believe me. OK, fine, two DRZs just went through Rathdowney; one with exactly the same spotlight configuration as Rob’s bike and another with a factory headlight, but it was someone else.

I later learned that Rob and Athol had a roadside meeting, where there was scepticism that they’d passed through Rathdowney, but decided to turn around anyway, just to confirm my mistake.

I set up a strobe light for their impending return, so as not to lose them again and sure enough, 10 minutes later, the approaching single cylinders could be heard in the distance. I was in awe. I am still in awe. 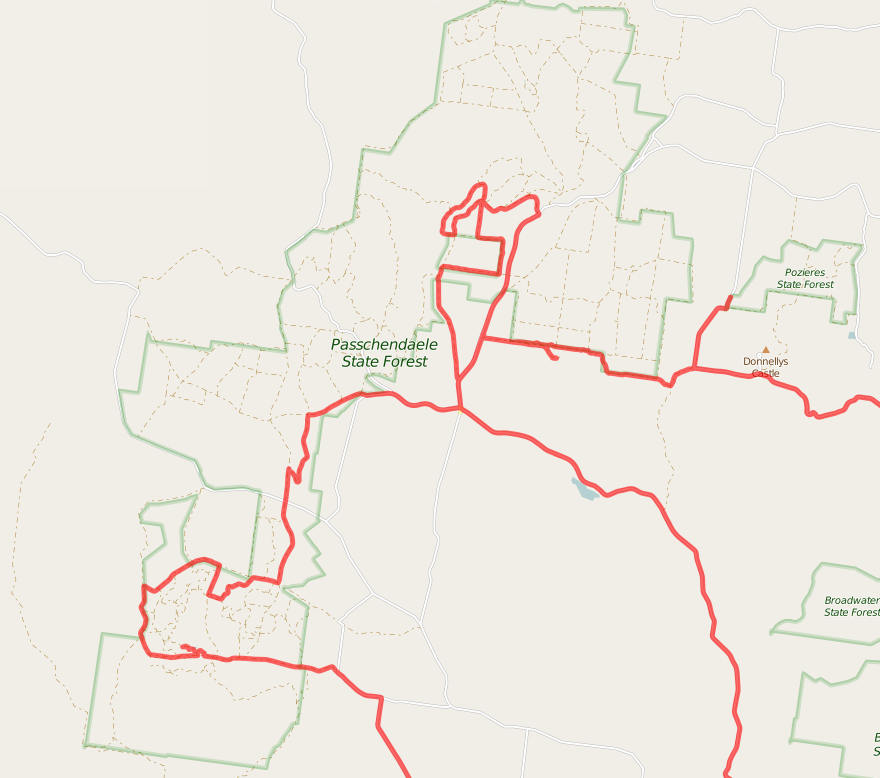 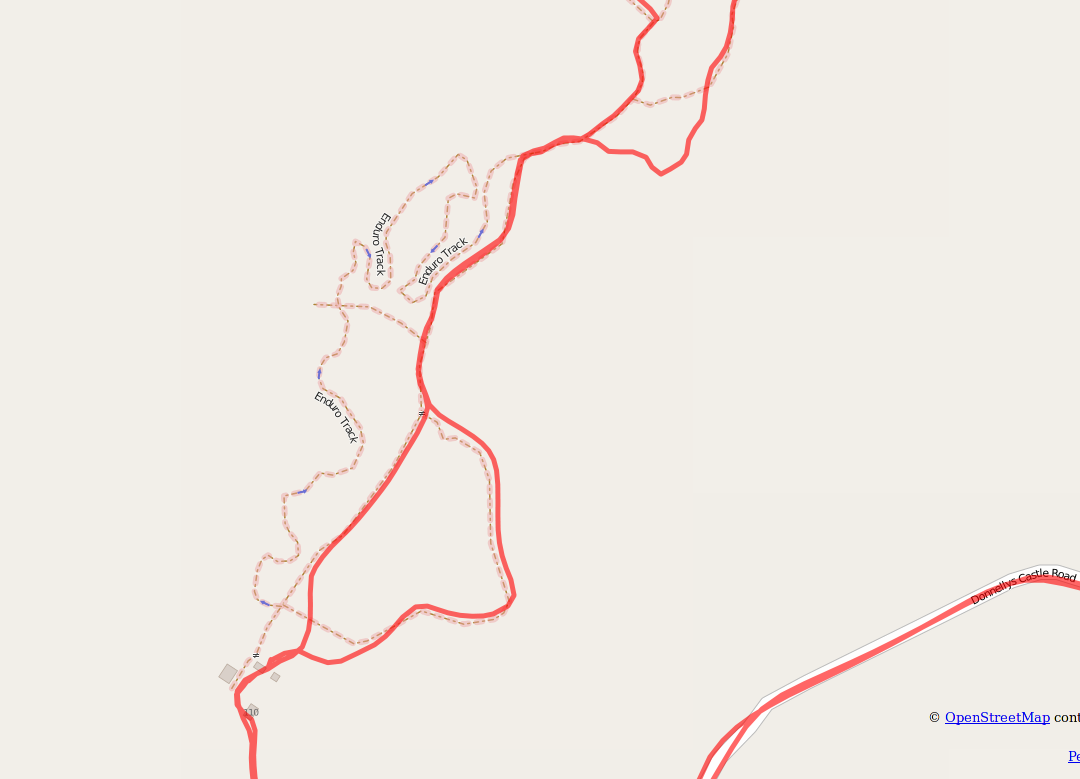 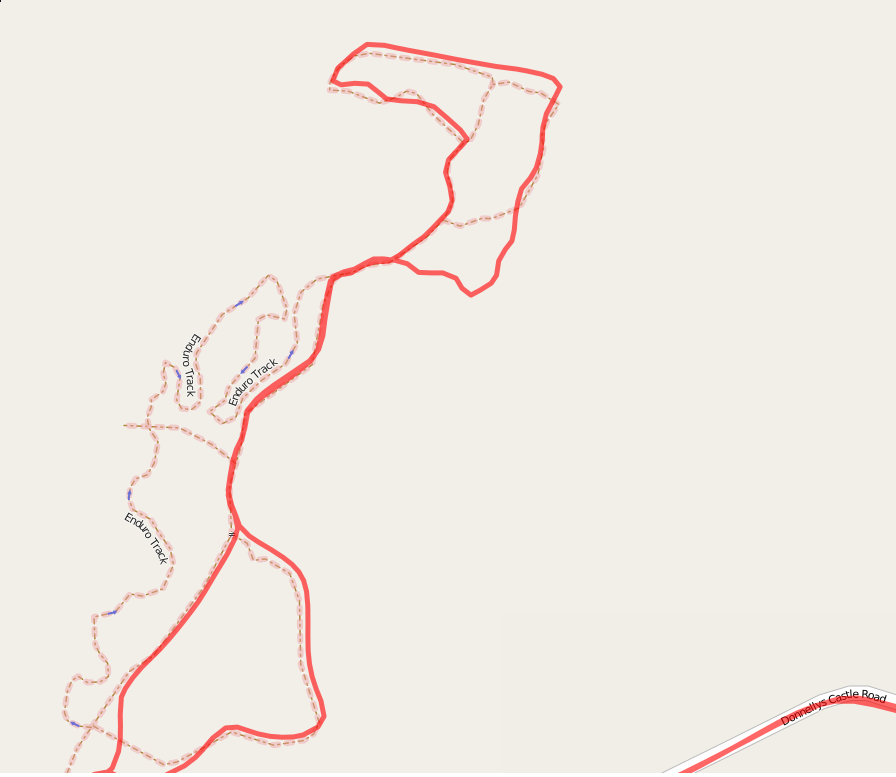